This luxury Resort, one of the world’s foremost recognized brands, was heavily impacted by Hurricane Maria. Signal quickly met with hotel management, mobilized, and began large loss mitigation procedures soon after the event.

Unreliable electricity (requiring large generators), communication, and a severely damaged city infrastructure were additional challenges to the restoration efforts. Signal also utilized many local subcontractors and brought valuable equipment and chemicals to the Island from the mainland. The property is situated on its own 17-acre peninsula. It hosts 9 restaurants and bars, a conference center, 24 conference rooms, and 365 guest rooms.

Safety in all operations are key. Signal engaged their National Safety Director and a third-party safety expert to guarantee the most stringent operations on the Island.

This project involved extensive analysis and mitigation services to save as much of the building and its contents as possible. Mitigation efforts included:

Once mitigation was complete, Signal finished the reconstruction, restoring the property to original pre-loss condition, and completing owner-funded upgrades.

Each phase of the restoration work was done in concert with hotel management. Safety was paramount for hotel guests, employees and workers. One of Signal’s EVPs made San Juan his temporary home. He personally supervised the entire project from start to finish, for almost 2 years from the date of loss.

Also, one of Signal’s principal owners committed more than six months to the project. He personally managed the relationships between hotel ownership, hotel operations, and the claims team. 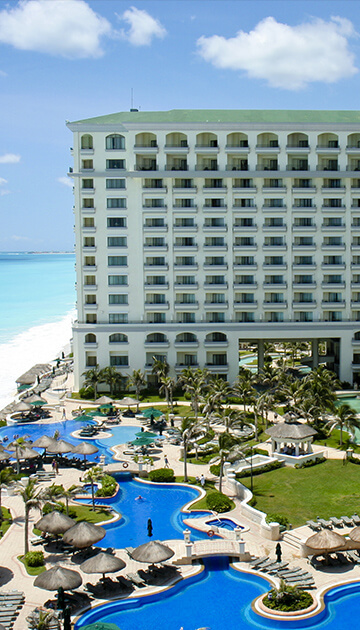 Thank you for demonstrating your amazing knowledge, details, team work and most of all, going beyond the call of duty to assist us in the operation. Your management team were amazing whenever we had questions and concerns. … The best part of it all, was the hospitality mentality that your team demonstrated day after day.