The Leader in Emergency Response and Property Damage Restoration

Signal Restoration is a world-class property restoration general contractor, providing relentless customer service throughout North America and the Caribbean. We understand the importance of reducing downtime, minimizing interruptions and preventing further loss of revenue. Our mission is to immediately and consistently deliver exceptional results whenever and wherever disaster strikes. Signal Restoration is always On Call.

Signal Restoration Services is a leading disaster restoration contractor. We specialize in fire, water, storm, mold, hurricane, earthquake, emergency, and reconstruction services as well as Cap Ex work. Our success has been achieved through high-quality standards, solid business ethics, and prompt response to our customers’ needs.

Our most significant advantage is our people. Thoroughly screened, trained, and certified, our employees comply with OSHA standards. They also regularly receive re-certification training on safe work procedures and hazardous materials handling.

Our highly trained Signal representatives have been instrumental in the success of our customer service record. Our licensed personnel have the experience, expertise, and resources to complete your project in a timely and professional manner. 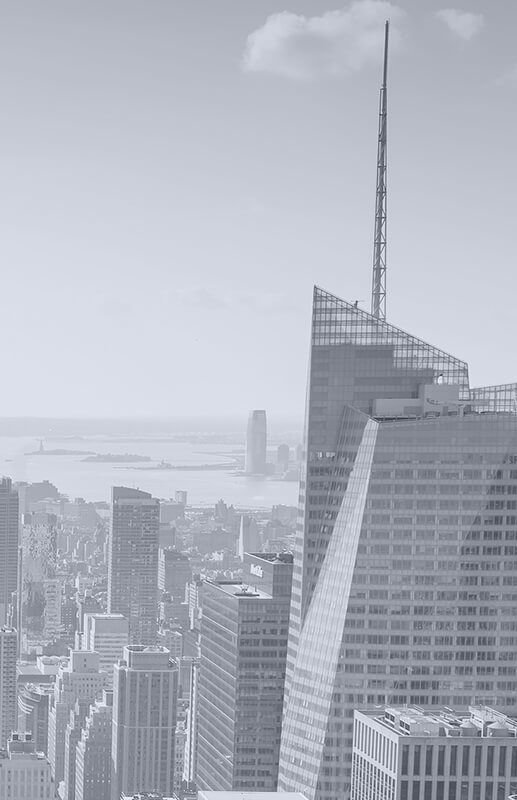 After meeting with several reputable firms, we chose Signal Restoration to perform the work. Signal completed the project not only within budget but ahead of schedule. Any changes that were requested were done immediately and without hesitation. I would recommend Signal restoration for any size remediation or mitigation project based on my experience with them.

Within four days, our associates affected by the damage began returning to their restored offices and workstations. We had always thought highly of [Signal’s] operations, but this experience of responsiveness, thoroughness and professionalism deserves to be specifically noted.

Signal Restoration was founded in 1972, in Troy, Michigan, as a local restoration company. Mark Davis and Frank Torre purchased Signal in 2012. They immediately transformed the company into a commercially-focused restoration company performing projects from coast to coast.

Davis and Torre acquired and successfully integrated additional restoration companies in California, New York, and Kansas City. Simultaneously, Davis and Torre recruited some of the most talented professionals in the restoration industry. The combination of bolt-on acquisitions, recruiting best-in-class talent, and delivering relentless customer service has yielded remarkable growth.

In 2015, Mark and Frank purchased the PuroClean franchise network to better service Signal’s clients through PuroClean‘s robust distribution model. Over the past 8 years, Signal has become one of the largest and most respected restoration contractors in North America.

Signal’s Leadership Team is comprised of some of the most talented individuals in the restoration and reconstruction industry:

Mark W. Davis is the Co-CEO of Signal Restoration Services and Chairman & CEO of PuroClean. Since acquiring Signal in 2012 and PuroClean in 2015, Davis has grown both Signal and PuroClean exponentially. He is co-founder and former CEO of Belfor North America.

Under the leadership of Davis, Belfor grew tremendously from its US origins as Rocky Mountain Catastrophe in Denver, Colorado. From one office and 33 employees, they grew to 52 offices and 1,700 employees in eight years.

During this major growth, Davis was a young entrepreneur who successfully disrupted the then-stagnant restoration industry. Davis sold his shares in Belfor to Franz Haniel & Cie, GmbH in Germany. He then left the industry for a few years while fulfilling a non-competition agreement.

In 2009, Davis became CEO of InStar Services Group. He was recruited to turn around a failing company that had suffered major financial losses in 2007 and 2008. Davis led a successful financial turnaround in the first year resulting in a $16 million net profit.

He sold his shares in 2011 and searched for a strong platform restoration company similar to Rocky Mountain Catastrophe. He found that company in Signal Building Company.

In 2012, Davis and his business partner Frank Torre purchased Signal Building Company in Troy, Michigan. They immediately changed the name to Signal Restoration Services and recruited some of the best talent in the restoration industry.

Within the first two years, Davis grew Signal’s revenue and profit by a multiple of more than 20 times. In 2015, Davis and Torre purchased PuroSystems, Inc., and the PuroClean Global franchise brand. Since then, PuroClean has doubled in size to 300+ locations. PuroClean is now the fastest-growing restoration franchise company in North America.

Mark graduated from the University of Nebraska – Lincoln with a Bachelor of Science degree in Business Administration. He lives in Michigan with his three children. Mark is a Director for Junior Achievement and a member of the World Presidents Organization. 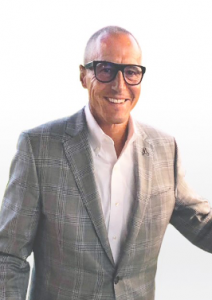 Following the acquisition of Signal Restoration Services in 2012 and PuroClean in 2015 with his business partner Mark Davis, Signal’s revenue and profits grew by a multiple of more than 20 times, while PuroClean has doubled in size to 300+ locations to become one of the fastest-growing restoration franchise company in North America.

Previously, Frank Torre was the Founder and CEO of Torre & Bruglio, Inc., a company founded by Frank with just one truck, and became one of the largest commercial landscape architecture and construction services firms in North America.  Together with its subsidiaries, Torre & Bruglio, Inc., Torre Golf Management, Inc., and Torre & Bruglio Athletic Division, Inc. amassed an impressive portfolio of national clients around the country including sports venues and historic properties which include some of the region’s most iconic landmarks, such as the construction of the Detroit Tigers Athletic field at Comerica Park.

Outside of his role as Co-CEO of Signal Restoration Services and Vice-Chairman of PuroClean, Frank Torre serves on the Executive Board of the Dallas based Tenet Healthcare Systems.  He is also the Chairman of the Board of Directors of the Detroit Medical Center’s Rehabilitation Institute of Michigan (RIM) and Chairs RIM Foundation, an organization that is dedicated to promoting the rehabilitation of people with life altering disabilities and injuries through research, education, and community programs and activities.  Under his tenure the Hospital has become one of the top rehabilitation institutes in the country, which has enabled it to identify and pursue programs which advance medical research and help develop cutting edge treatments that improve the health of those living with disabilities.

Frank was appointed by the Governor of the State of Michigan to serve on the prestigious Michigan Natural Resources Trust Fund Board and was recently appointed to serve on the Board of Directors of the Detroit Regional Chamber of Commerce.

Frank Torre’s commitment to excellence, relentless customer service and dedication to professionalism have earned him an impressive array of Industry Awards and Honors, including being recognized by dBusiness as one of the most powerful business leader in Michigan (for 2018, 2019, 2020).  Frank was also the recipient of the International Institute of Metropolitan Detroit’s Heritage Hall of Fame Award.

Outside of his numerous public and private commitments, Frank Torre is actively involved with several charities and educational programs which reflect his deep ties to community.  He serves as the Chairman of Boys Hope Girls Hope of Detroit, a non-profit organization which helps underprivileged youth with scholarship and education, where his fundraising initiatives have contributed over $5 Million dollars to directly support the organization’s scholarship and educational initiatives.

Chad has approximately 10 years in the property restoration and remediation industry, joining Signal in 2013. Chad initially led operations in California and now leads the company as President and COO. He currently oversees the executive teams responsible for strategy, operations, and business development.

Before Signal, Chad was President of a textile cleaning company for 3 years, leading the operations within the restoration industry. Chad continues to be an entrepreneurial leader stemming from his co-founding of Direct Distribution LLC. The beverage distribution company is an exclusive provider of Red Bull Energy Drink in Southwest Michigan. Chad owned and operated the company for 10 years before selling it in 2010.

Allen has 25 years’ experience in project management and restoration. He has lead Signal’s National Large loss team since joining in 2012. Allen and his team manage any complicated and/or large-scale restoration projects to completion.

Anthony has over 15 years of experience in the construction industry. He was CFO and COO for Affiliated Restoration Group, LLC. and Express Remediation & Reconstruction, LLC. Anthony was responsible for managing the finances and overseeing the day-to-day administrative and operational functions of the company.

Anthony joined Signal in 2020 when Express merged with Signal. Prior to Express, Anthony served as Founder and CEO of Trisagion & Associates, Inc. and CBDO for Samco Group Corp. These were both large scale labor and supervision providers for Restoration General Contractors across the US and Mexico.

Anthony graduated from DeVry University as a member of the Business Honor Society, Sigma Beta Delta. He earned a Bachelor of Science in Business Administration with an emphasis in Business Information Systems. Anthony is OSHA10 certified and also holds licenses as a Mold Remediator Contractor in the states of Texas and Florida.

Brian has 30 years of experience in the construction industry and 20+ years in insurance commercial construction, restoration, and reconstruction. As an EVP – Large Loss Sales, Brian is responsible for developing and maintaining strategic client relationships.

Brian has led teams that have produced over $1.3 B in construction in his career. Also, he specializes in managing large scale projects within the US and Internationally.

Other certifications include IICRC, WRT, ASCR, Asbestos Awareness Training, Mold Mitigation Expert Certificate, OSHA30, and OSHA HAZWOPER 40. Brian is a proud veteran and served in the US Army as a military intelligence officer.

Bryan has been in the insurance property claims industry for 20 years, working both as an adjuster and restoration contractor. Bryan is a lead estimator for Signal and serves as a project manager on some of the industry’s largest projects.

Bryan joined Signal in 2012 after serving similar roles for two other restoration firms, including InStar Services Group. He also served as an independent adjuster for Reid, Jones, McRorie & Williams, Inc.

Dan has 35+ years of experience in the construction industry and 20+ years in insurance commercial construction, restoration, and reconstruction. As an EVP – Large Loss Sales, Dan is responsible for developing and maintaining strategic client relationships. He also handles company sales strategies.

Dan has led teams that have produced over $1.6 B in construction so far throughout his career. He specializes in managing large scale projects within the US and Internationally. Dan graduated from the University of Wyoming with a degree in Civil Engineering and is OSHA30 certified.

David joined Signal in 2017 as Managing Director of Signal’s Insurance Solutions Group. David uses his 45+ years of experience in the industry to maintain strong relationships with insurers, adjusters, consultants, and insureds. His goal is to assist Signal’s clients in resolving contentious claim situations.

Prior to joining Signal, David had a long career working for insurance brokers. Those include Willis Towers Watson, Aon Risk Services, Johnson & Higgins, Alexander & Alexander, and risk divisions of AIG. David has advocated on behalf of his clients on some of the largest property claims in the insurance industry.

Derrick has over 20 years of experience in the insurance restoration and environmental industries. He started at age 16 as a mitigation technician. Over the years, he advanced as a project manager, team leader, and general manager at Rocky Mountain CAT and Belfor.

As a young entrepreneur, he founded Horizon Restoration in Denver. He grew the business to $6 Million in annual revenue, eventually selling to Mark Davis. Before becoming Director of Operations at Signal, Derrick was the Operations Manager for Signal in Puerto Rico. While there, he managed high profile projects resulting from Hurricane Maria.

Keith is in charge of managing Signal’s relationships with current and prospective clients including sales, marketing, and account management teams. While leading business development at Alacrity, Keith also used his years of experience in consulting and project management. In doing so, he managed field activities of the company and participated in the implementation of new programs.

Keith previously worked as a Cost Engineering Consultant, and has extensive experience in cost engineering, workflow design, and contractor management. Keith graduated from Virginia Tech with a degree in Civil Engineering.