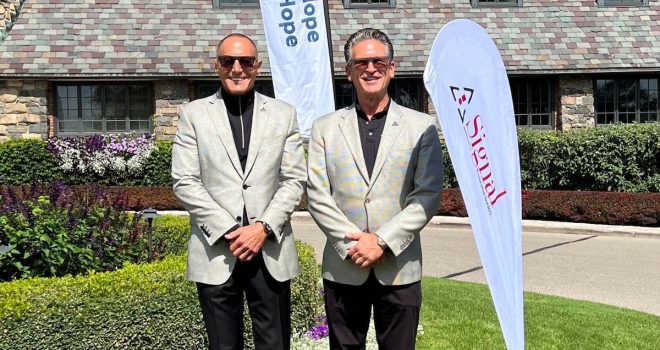 The auctions were undoubtedly the event’s highlight, with all the proceeds benefiting the Boys Hope Girls Hope Detroit chapter. The funds raised will allow underprivileged youth in metro Detroit to enroll in college preparatory classes and access academic college scholarships. The event raised $375,000 and, throughout the years, has raised nearly $7 million to help the Boys Hope Girls Hope’s scholarship program.

Boys Hope Girls Hope Executive Director, Rebecca Limbaugh, honored Frank Torre for his commitment to the organization. She is quoted as saying, “I am in awe of his leadership and his energy, and the event is always beautifully managed by Frank Torre. The outing has literally raised millions of dollars for the Hope scholars. We are so grateful to Frank.”

Signal Restoration was honored to lend its name and time to a charitable cause. We look forward to next year’s tournament!